You've crashed landed on a strange planet. Trade with the natives to get the ancient technology you need to repair your ship and go home! They speak in a strange language. You many need to probe them to learn their language. Best played in an updated version of Firefox or Chrome.

Additional terrible puns and references have been requested

Thanks for the suggestion! We'll try to incorporate your feedback as soon as possible. =D

Lots of other things I just thought of: I have learned the word 'quest' before, and I have been threatened on behalf of this 'our king' character, so if you added navigation, add in the king as a character you can interact with to receive quests, maybe add like a dungeon-type thing, equipment, add more things to fix the ship with, add more things required to fix the ship, make it so that when you leave, you crash land on another planet that also uses a foreign language, with other characters, make it so that you can customize your character and their gender, and also make it so you can give them a name, where it will show up throughout the game when you are addressed and when you talk, and then, my final suggestion, which really should just be obvious, add more WORDS! Words are what this game is about, and it would be amazing to form full sentences to talk with the other species, maybe even get married to one. NOW, I know that you are the creator and everything, and that all that I just listed? I can't make you do any if it. At all. But, in my opinion, it would make the game YouTube worthy, and I would do a YouTube series on it and play it in my free time. I mean, I already do the second, but THAT'S NOT THE POINT DAMN IT. I would post about it on Twitter, in all of its GLORY, because this is honestly the best game I've ever played. If you have read all of this, comatomatoes, thank you, and thank you even more for bringing this wonderful game to life, and most of all, thank you if you even begin to consider my suggestions.

Wow! That's an extensive list of suggestions. =D Unfortunately, we probably don't have enough time to put in substantial development work into this game in the  foreseeable future. However, we really appreciate your enthusiasm for our game. =)

We've attempted to do a quick fix for this issue in the new version 1.0.1. Note that it is a design decision that you may not learn a word even if unknown words are used in an creature's dialog. We wanted to make it hard to get every single word in the language. =) 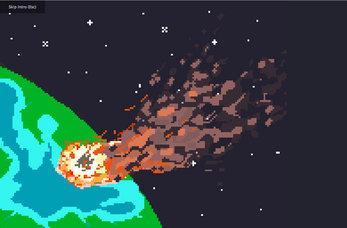